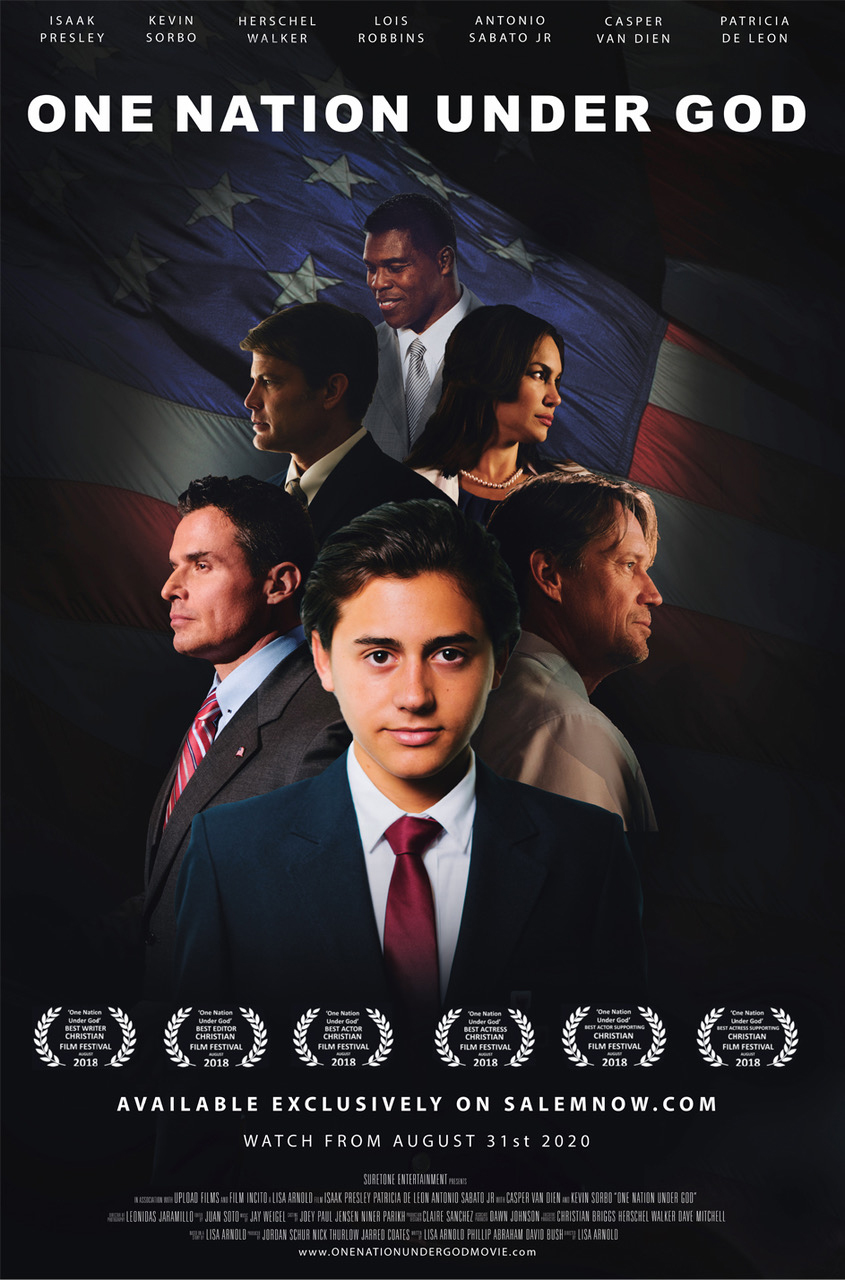 One Nation Under God

From Director Lisa Arnold, the Award Winning Producer who brought you God’s Not Dead, ONE NATION UNDER GOD is a movie that explores the rights of freedom of speech in the United States, as well as the role of religion in schools, first amendment rights, and the courage necessary to stand by one’s convictions.  The film’s narrative is relevant to the upcoming United States Presidential election.

ONE NATION UNDER GOD is now available streaming exclusively for the next 30 days on the SalemNOW platform link below: