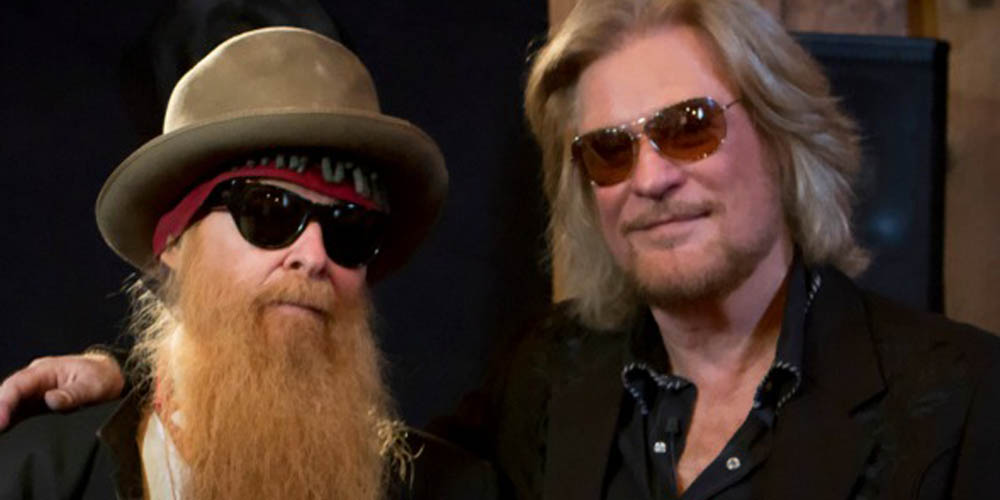 “Being in a room with Billy Gibbons is like dipping your toe into the deep wellspring of Texas rock, blues and soul.” – Daryl Hall

“Daryl and Billy launch into a remarkably diverse seven-song set of Daryl Hall and John Oates and ZZ Top chestnuts along with a vintage cover of Hammond B-3 jazz-blues organist Jimmy McGriff’s 1963 instrumental, ‘Kiko.’ The pair also perform such deep Daryl Hall tunes as ‘Bank on Your Love,’ a song from Daryl Hall and John Oates’ hit album, Big Bam Boom and ‘Love You Like a Brother,’ recorded in 1973, but unreleased until 1977’s Atlantic Records hits compilation, No Goodbyes. The twosome lean into four ZZ Top nuggets, the band’s cover of Sam & Dave’s ‘I Thank You,’ from the 1979 album Deguello; the classic ‘La Grange,’ included on 1973’s Tres Hombres; ‘Sharp Dressed Man’ from 1983’s 10-million-selling Eliminator, and the group’s version of the Nightcaps’ ‘50s rave-up, ‘Thunderbird.'”

The show is scheduled to make it’s cable debut February 6th on the Palladia Network !